We are delighted to announce the appointment of Richard Cook as St Edmundsbury Cathedral’s Assistant Director of Music.

Richard is currently a member of the music team at Worcester Cathedral, and will work closely here with our Director of Music, James Thomas, together with the clergy, choirs and staff who provide the daily and weekly round of cathedral choral services.​ .

Richard Cook, who will begin working at the cathedral in September, says:​
“I am delighted and excited to have been appointed as Assistant Director of Music at St Edmundsbury Cathedral, and I thoroughly look forward to getting involved in the life and community of the Cathedral”.​ 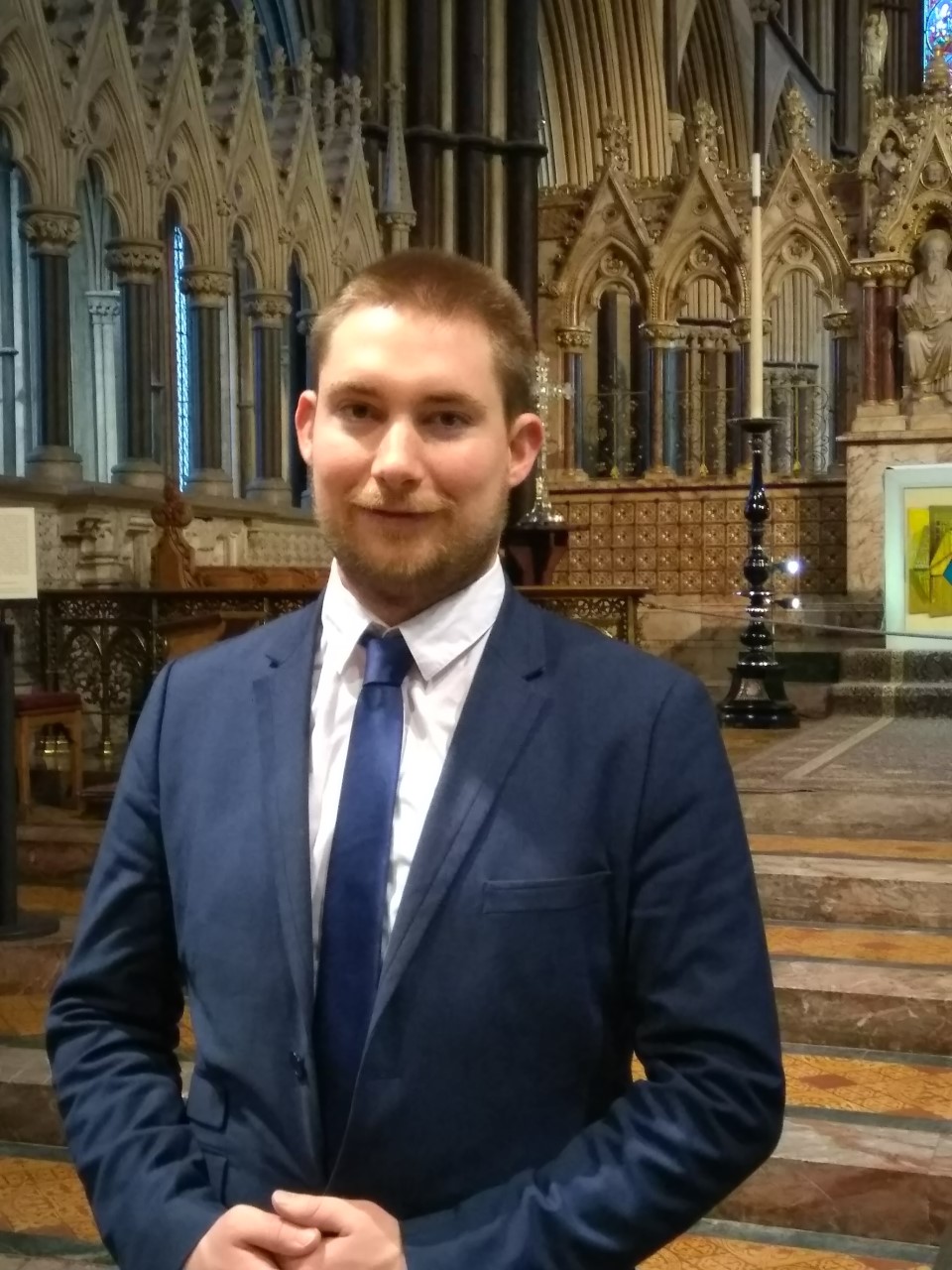 James Thomas, Director of Music at St Edmundsbury Cathedral, says:​
“I am delighted that Richard Cook will be joining us as Assistant Director of Music in September. He comes with a great deal of experience already, not least that acquired at Worcester Cathedral over the last four years, and will be a major asset to the Music Department. Richard will have responsibility for the direction of St Edmundsbury Singers as well as being our principal accompanist on the organ. We look forward very much to giving him the warmest of welcomes.”​

Alexander Binns, current Assistant Direct of Music here, is to move after Easter to be Director of Music at Derby Cathedral: we congratulate him on this appointment and wish him well for the future. ​

Richard Cook is currently the Sub-Assistant Organist and Director of the Voluntary Choir at Worcester Cathedral. He was educated at St Edward’s School in Romford, Essex, and subsequently received a scholarship to read music at Birmingham Conservatoire. During this period, he was Organist and Director of Music and All Saints’ Church, Bromsgrove. Following two years as Organ Scholar at St Mary’s Collegiate Church, Warwick, and upon graduation, Richard held the position of Head of Music at Avon House Preparatory School, where he oversaw the running of a busy music department. Alongside his job at Worcester Cathedral, Richard has accompanied the National Children’s Choir of Great Britain, and has directed and participated in various singing outreach projects across Worcestershire. In his spare time, Richard enjoys drawing, painting and reading, and playing/watching football. Other interests include the automotive industry, as well as travelling and architecture. ​