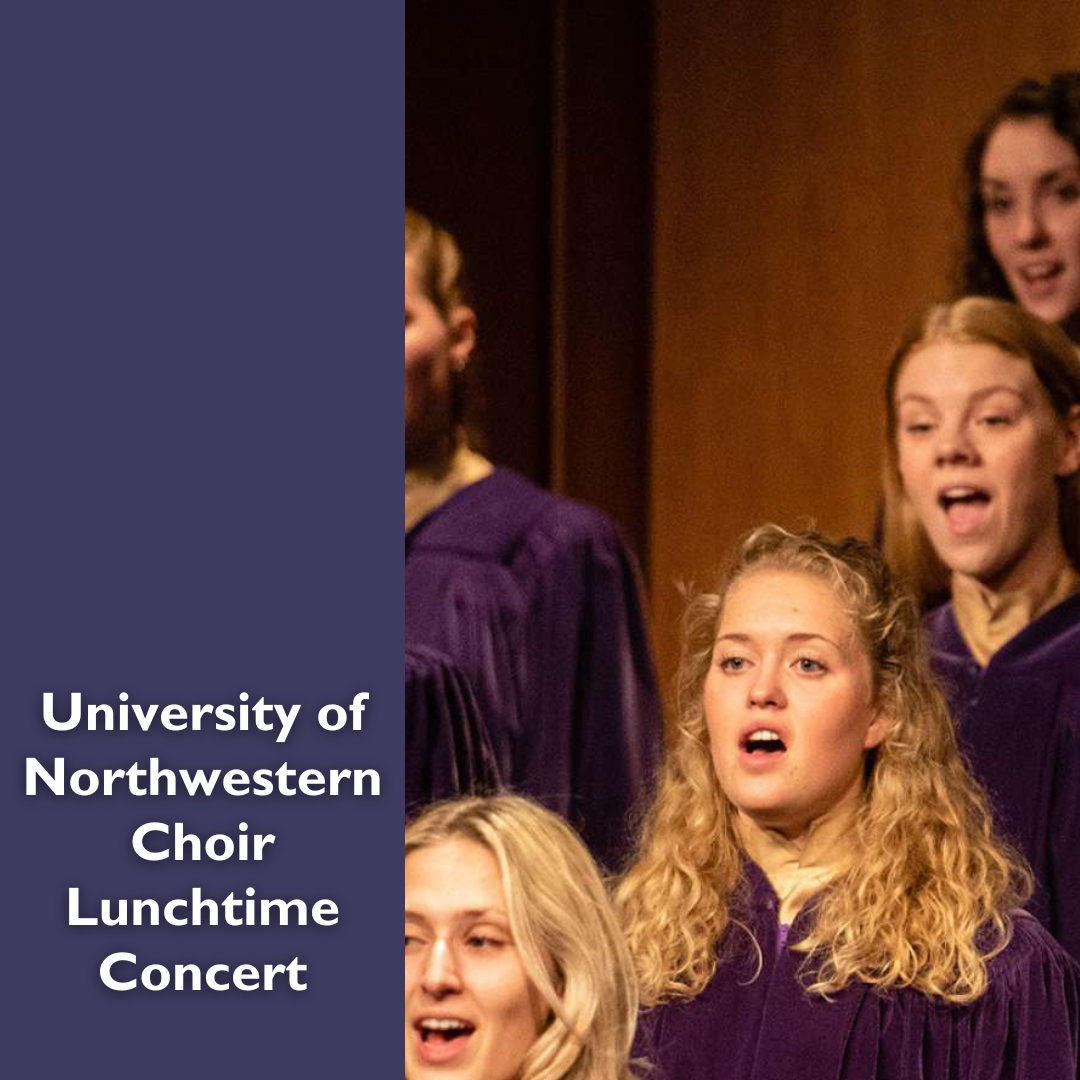 Join the University of Northwestern Choir for a lunchtime concert on 23 May at 1.30 pm.

With its motto “choral music direct from the heart” and a distinctive mission that integrates excellence in performance, service and cross-cultural ministry, the Northwestern Choir from the University of Northwestern in St. Paul, Minnesota (US) has performed extensively throughout the United States, Canada, Scandinavia, the Baltic states, and throughout western, central and eastern Europe, including Ukraine, where it was the first American collegiate choir invited to perform in Kyiv’s Tchaikovsky Conservatory.

The Northwestern Choir has appeared for state and divisional conventions of the American Choral Directors Association, the “keynote” concert of Minnesota Music Educators Association midwinter clinic, and with four other distinguished college and university choirs in the first ever Collegiate Choral festival sponsored by the F. Melius Christiansen Endowment Fund of ACDA-Minnesota.

Their concert at the Cathedral will feature:

REPERTOIRE TO BE SELECTED FROM:

O Be Joyful – Howard Helvey (US)

I Waited For the Lord (From Hymn of Praise) Mendelssohn

Stay With Us – Jon Hermanson (US)

Down in the River to Pray – arr. David Mennicke (US)

He’s Got the Whole World in His Hands – arr. Ray Liebau (US)