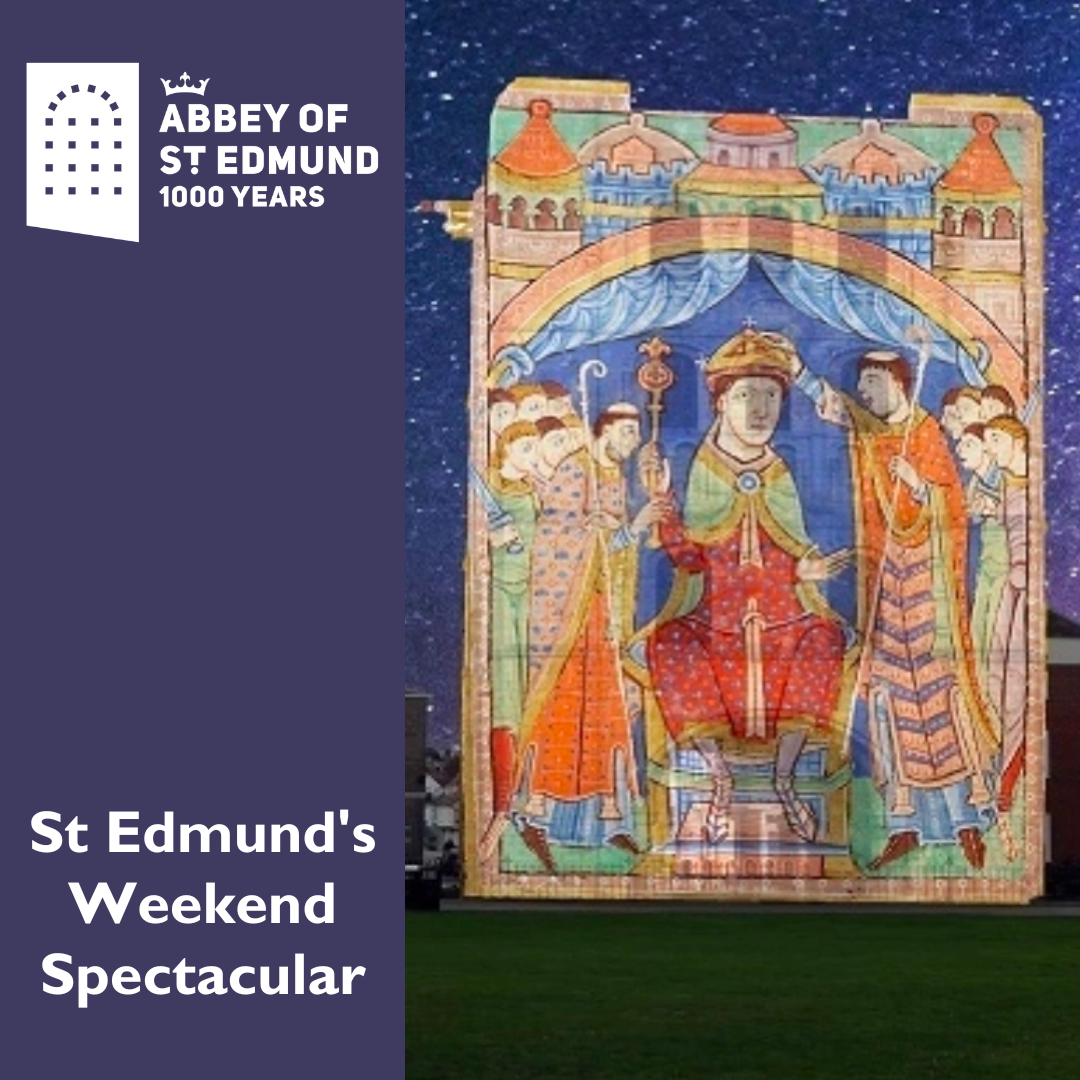 A spectacular light show will take place every evening during St Edmund’s Day weekend between 17 and 20 November as part of the celebrations for the 1000th anniversary of the founding of the Abbey of St Edmund.

Sound and light projections onto the historic Norman Tower and St Edmundsbury Cathedral Tower will tell the story of St Edmund and the founding of the Abbey using carefully researched historic images, accompanied by an enchanting themed light trail through the Abbey Gardens. The two video projections will use 3D mapping directly onto the surface of the buildings, as opposed to a conventional screen, resulting in visually striking effects, creating an unmissable finale to the year’s celebrations.

Each projection will be around 10 minutes long and repeated during the evening. Images will be from many historic sources including illuminated manuscripts from the Abbey such as the Bury Bible and Lydgate’s Life of St Edmund, combined with special lighting effects, music and voices.

Tickets for the evening will be on sale from 30 September online at What’s On West Suffolk priced at £3 per person, with free entry for under 5s.

Fully accessible, it will take around 20-30 minutes to walk through the light trail with timed and ticketed admission. Entry to the event will be through the gate at the corner of the Cathedral and the West Front into the Abbey Gardens.

The Weekend Spectacular is among nine important Abbey 1000 events supported by The National Lottery Heritage Fund. It is being jointly organised by St Edmundsbury Cathedral and West Suffolk Council on behalf of Abbey 1000 C.I.C, while West Suffolk College is producing the Abbey Gardens trail. The light show will be created by the award-winning Projection Studio, who have created 3D video mapping on several UK landmark buildings including the Blackpool Tower and York Minster. Part of the Abbey 1000 celebrations to celebrate 1,000 years since the founding of the Abbey of St Edmund in Bury St Edmunds. For more Abbey 1000 events see our Abbey 1000 Guide.